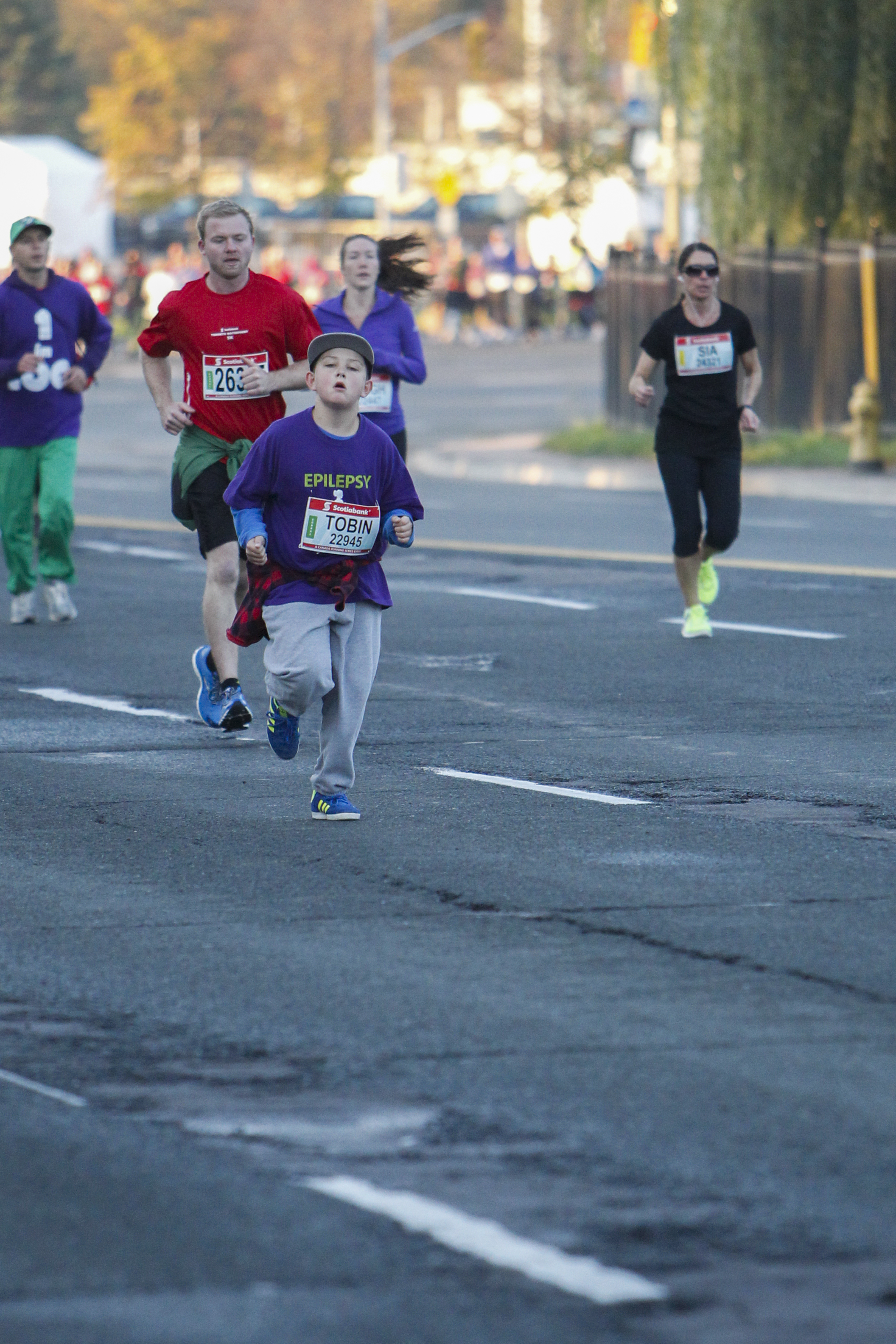 Tracy Cummins & Tobin
The doctor confirmed my son has epilepsy. More specifically, he has Absence Seizures. I was devastated. I thought he would never again be able to play hockey, basketball, go to the park unsupervised. He would fall behind in school due to blanking out and missing key information.

My son Tobin was diagnosed with epilepsy when he was in Grade 2. I had noticed him blanking out mid-sentence or mid-stride and it took my breath away. I would ask him if he realized he was doing it and when he asked, “realize I am doing what?” I knew we had a problem. Once he froze up physically in a parking lot and I had to pull him out of the way of a car backing out. Another time, he lay motionless on the ice in one of his first hockey practices and I realized whatever this is, it is a danger.

The doctor confirmed my son has epilepsy. More specifically, he has Absence Seizures. I was devastated. I thought he would never again be able to play hockey, basketball, go to the park unsupervised. He would fall behind in school due to blanking out and missing key information.

Tobin’s newly acquired neurologist prescribed medication for him and encouraged me to connect with Epilepsy Toronto, which I did right away. I remember dialing the number with tears in my eyes feeling so alone with this diagnosis.

Everyone was so supportive and understanding. They knew how I felt and suggested I join them for a family weekend to connect with others in the same boat and others who had far greater challenges than I.

Tobin and I went to Geneva Park with a bunch of other families where we bonded and had a fantastic weekend. I learned more about the different types of epilepsy and found families that had the same type as my son and we connected over discussing medications, side effects and giving each other hope and support. Tobin loved connecting with the other kids and got very involved in cross country skiing, snowball fights and participated in a performance for parents that was funny, adorable and enjoyable. I learned that many parents have much greater challenges than I and if they can be strong, so can I.

Here we are, 5 years later, with Tobin almost 13. He is a goaltender in select level hockey and his team counts on him to be there for them and he always is. He plays on every team that will have him at his school. He even has a cute little girlfriend now that he treats well and is that respectful young man that I had always hoped he would be.

Tobin now has been 2 years seizure free and medication free! We volunteer for BuskerFest together to give back to an organization that had our back when we needed them most. I would say especially I needed them to help me to stay strong and positive. I am forever thankful for everything Epilepsy Toronto did for us.