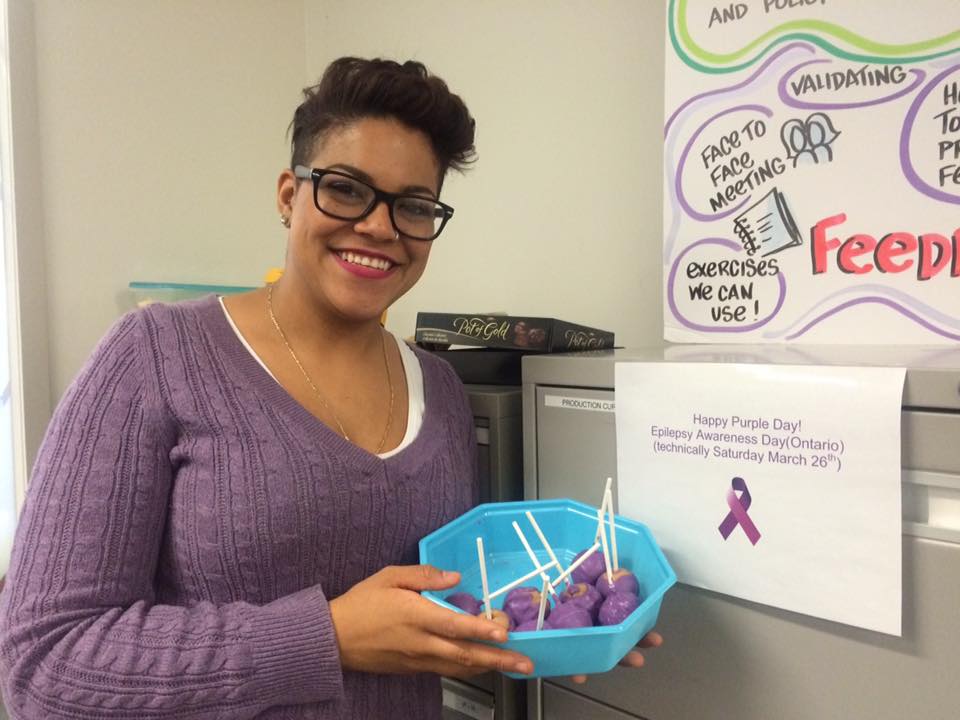 Amanda Kelly
When I was 15 years old, I had been having unexplained blackouts for a few months. I saw my family doctor who misdiagnosed me as having extreme panic attacks.

When I was 15 years old, I had been having unexplained blackouts for a few months. I saw my family doctor who misdiagnosed me as having extreme panic attacks.

I went through the next 6 years not knowing what was going on in my own body but I started to ignore them because they had subsided and I would have around 2 episodes a year.

By 2013, I had started living my ultimate dream life; then I was at work and I had another blackout. This time it was different. I didn’t come back to normal, I started feeling nauseous and my memory started to become blurry. I left work, went home, and they wouldn’t stop.

I had gone on a medical leave because my memory was so skewed I barely knew what I did for a living. I knew that these couldn’t be panic attacks. I knew I needed to trust my own instincts.

Finally, my doctor requested an MRI and that’s when everything came to a screeching halt. I had complex partial seizures that were caused by a congenital brain abnormality. She tried to explain to me the different types of epilepsy but I was still confused.

Over the next year I had quit my job, started my medications and was trying to get back to what some people would consider a “normal” life. I was so afraid of everything that I got to a point where I could barely leave my house on my own. I had to go on social assistance to help with my bills and I felt like a completely different person.

Thankfully I found Epilepsy Toronto and I finally saw a glimmer of hope. I went to counselling and group meetings with other young adults going through the same things as me. I felt like I had another family who understood me.

I applied for an opportunity through the International Bureau for Epilepsy and the Epilepsy Foundation. It was the chance to go to Washington, DC with 19 other young adults from across North America. I was beyond excited to get the email saying I was one of the Canadians who had been chosen.

We met in Washington to start this initiative built around epilepsy awareness and it was the best thing I have ever done. We are now called the Twenty- 20s. We are currently doing a series called the remarkABLE project. Our goal is to create videos about as many members as possible. They show that epilepsy can and does affect everyone. It does not discriminate against anyone

I have finally found a positive side of epilepsy. I am proud of who I am now, of who I have become and excited on this new outlook on life. I have learned that being “normal” is a word that is so misused that it is something I would rather stay away from. I am a remarkABLE person and I will constantly strive to do better and create awareness and better myself on a daily basis.

I have found comfort in my epilepsy and a new strength that I never knew I had.