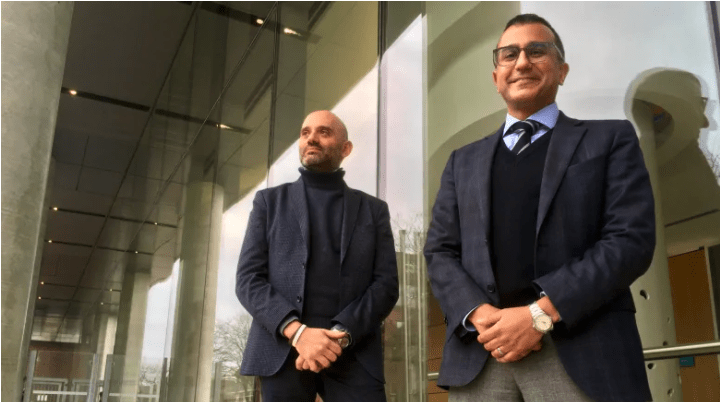 Pacemaker-like device logs brain activity round the clock and helps medical teams fine-tune therapyBy Lauren Pelley · CBC News · Posted: Dec 02, 2020 A team from the Krembil Brain Institute in Toronto, including neurologist Dr. Alfonso Fasano, left, and neurosurgeon Dr. Suneil Kalia were involved in a Canadian first: Providing patients with a new device that can capture their brain activity around the clock.

The short-term hope, according to Fasano and his colleague, neurosurgeon Dr. Suneil Kalia, is that patients will be able keep a digital diary of their symptoms, which physicians can match up to the ongoing log of their brain activity.

“Physicians can later look at that brain diary to see when symptoms were severe or better and fine-tune their therapy,” Kalia said.

Working alongside surgically implanted brain electrodes, the small, pacemaker-like device is placed under the skin of a patient’s chest, which sends electrical signals through thin wires to a targeted area of the brain and offers real-time recording.

Patients with brain disorders such as epilepsy and Parkinson’s tend to see symptom improvements once their DBS electrode implants are turned on. With the chest and brain implants working in tandem, physicians can now see exactly what’s happening inside their patients’ brains when that switch is flipped.