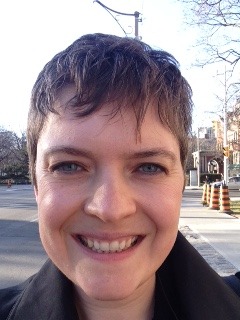 After having what she described as “the biggest tonic-clonic seizure I ever had” on the lawn of Queen’s Park where she used to work, Beth agreed to see a neurosurgeon.

Beth has had epilepsy since she was seven and she knows what it feels like to be told that medications may never give her full seizure control. In her late 20s, she was told she was a potential candidate for surgery. Her MRI showed a scar on her left temporal lobe, and her neurologist suggested she do the testing to see if she was a candidate. Beth said no. She was not willing to risk the possible complications, the pain, and the deficits that could result. At the time, most of the seizures were happening in her sleep or came with significant warnings they were coming so she could get out of public – some of the many reasons she thought surgery was not needed.

Her seizures, however, continued to worsen in her 30s and began happening in public. They were coming more frequently with a lot less warning and more were happening during the day. While she always received support from people who saw them, it was starting to impact her life more than before. She finally agreed to get tested for surgery. It turned out she was a candidate, but she was still indecisive. “The thought of surgery terrified me,” Beth said.

It was very shortly after she had the huge seizure outside of work that she was told was a candidate for surgery, and that seizure was the main reason she agreed to see the neurosurgeon. But it wasn’t until after she saw him that she realized she had to make the decision.

Although her medical team was amazing, she felt it was important to hear from others who had been there. Her concerns went beyond seizure freedom. Her job required her to analyze, problem solve, memorize and communicate. Would those abilities be affected?

She contacted Epilepsy Toronto and received help, working out the questions she needed to ask her neurosurgeon and, most importantly, speaking with others who had actually had surgery. “I could see people who’d had surgery and know they were okay. They were normal. They healed.”

She felt these insights and the support she received from staff and clients at Epilepsy Toronto, her partner, friends, family, and her medical team were critical for her to move forward with surgery.

Following Beth’s surgery, she returned to the surgery support group and shared her journey with those who were considering surgery.

Although the post-op period was tough, she has no regrets. While she does not have full seizure control and still needs to manage triggers, she feels better. She is having significantly fewer seizures and, when she does need help, she still has the supports around her.

She strongly advises people to consider surgery and to attend the surgery support group as “it makes a world of difference.”